“A few years ago, I launched a start-up called Saintly Bags— they’re customizable weekenders. I realized quickly that major distributors aren’t capable of selling custom brands and that Saintly, and other made-to-order brands, would die with-out retail distribution. I decided to become that retailer; and Consortium was born. The pop-up has ten brands, like Awl &Sundry, which makes custom men’s shoes (from 8495), and this custom-perfume brand called Olfactory ($75). People freak watching the perfume get made: There’s been a huddled mass around that table every day since we opened.” 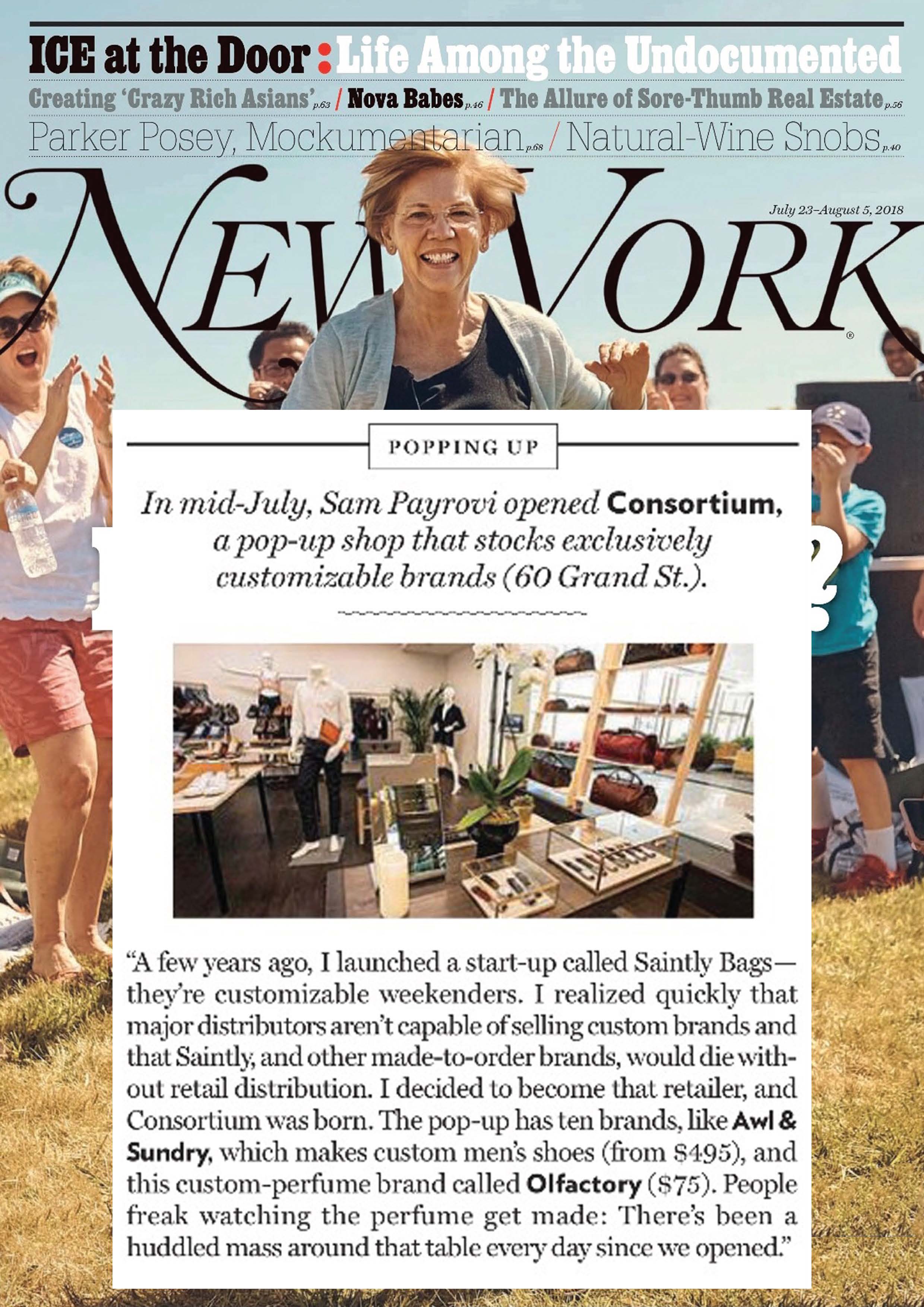